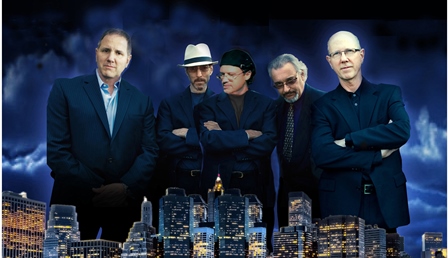 The Hit Men return to the Avalon for a nostalgic night of mega-hits performed by these former members of Frankie Valli & The Four Seasons, Tommy James & the Shondells, and other definitive acts of the 60s, 70s, and 80s.

Join these incredibly talented guys for an amazing look back through rock-and-roll history with all of your favorite songs -- from Oh What a Night, Who Loves You, Sherry, and many other memorable Four Seasons hits...to “Peace Train, Crocodile Rock, “Bad Bad Leroy Brown, and Mony Mony, among many, many others!

You'll know every word in every song The Hit Men sing while savoring the intimate, behind-the-scenes stories they share about touring and recording with the legendary Frankie, Tommy, Carly Simon, Cat Stevens, Jim Croce, and Elton John.

Relive the glory days of rock-and-roll with The Hit Men...You'll leave the Avalon saying, "Oh, what a night!"