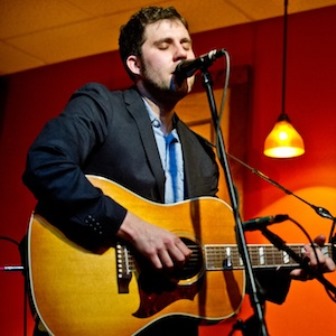 With a hard-worn, no-shortcuts work ethic, and with years of touring behind him, Jason Myles Goss has built a steady following one song, one show, and one fan at a time to become one of the most buzzed-about artists in both the New York City and Boston music scenes.

In addition to his popular recordings, he’s also shared the stage with some of the finest songwriters and performers working today, such as: Lori Mckenna, Anais Mitchell, Stephen Kellogg and the Sixers, Mary Gauthier, Duncan Sheik, Ellis Paul, Peter Mulvey, Slaid Cleaves, and Martha Wainwright.

Dissolver Magazine says of Jason’s act: “This one-man-show reminded everyone packed into the small venue what live acoustic performances are all about and why the up-and-coming deserve to be heard. ”

Victoria Vox, an incredible artist based in Baltimore who has taken the artful sound of the ukulele into eclectic new directions, with a musical style ranging from upbeat and clever to honest and moving.

With features on NPR and an appearance on the Jay Leno Show, Victoria has been performing all across the globe, from Australia and Europe, to Canada and throughout the USA.  In 2013 she released a new album: KEY, which is a heartfelt collection of songs that she wrote during her self-inflicted 52 Original Song Project.