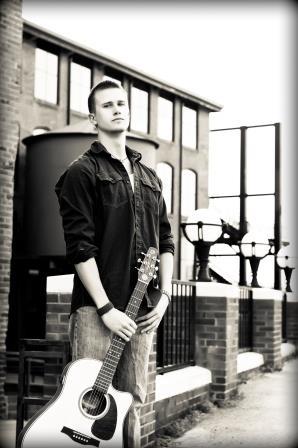 Kickin Kids Cancer Country Style is coming to the historic Avalon Theatre on Friday night May 2 at 7 pm. Nashville recording artist and Preston resident Eric Karge is headlining the night of country, all to benefit pediatric cancer research. Dean Crawford & the Dunns River Band will be making their first appearance at the Avalon while St. Michaels own Kelsey Abbott will also perform.

This unique concert will feature three distinctly different acts. Kelsey Abbott is a 15 year old singer songwriter that has quickly made a name for herself locally. If you like Kacey Musgraves, the Zac Brown Band, or Miranda Lambert then you will enjoy Kelsey’s show.

Dean Crawford and the Dunn’s River Band are full of energy and have emerged as the Mid-Atlantic's premier Country/Southern Rock group. They can be found performing most weekends across the region and have also opened for Neal McCoy, Buddy Jewel, Montgomery Gentry, Bucky Covington and George Jones

Local favorite Eric Karge will be joined on stage by two or three of his friends and their guitars. He will give you a glimpse of a Nashville style Songwriters in the Round show that you could attend at the very popular Bluebird Café or many other places throughout Music City. Eric has a new album coming out soon and fans will get to hear many of his new songs for the very first time.

It will be a great night of country music for an even greater cause. All of the proceeds will be going to pediatric cancer research through Kickin Kids Cancer, the Jeff Gordon Children’s Foundation and Kick-It.org.

Kickin Kids Cancer is comprised of 12 local residents that have created a yearly kickball tournament and festival being held September 20 at the Rt 18 Park in Centreville. This event, coupled with the money raised at the September 20 event, goes to Kick-It and the Jeff Gordon Children’s Foundation. Plus, for every dollar donated, Sprint Cup driver Jeff Gordon matches the donation. The organization raised $16,000 ($32,000 with Gordon’s match) last year and hope to double that amount this year. If you would like additional information on Kickin Kids Cancer and their events, feel free to contact Mark Potter at (410) 690-1376 or overtimelive@goeaston.net.