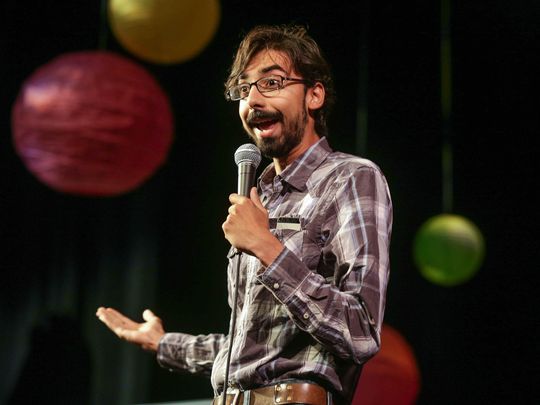 As an immigrant from India with a quirky attitude, charming personality, and intelligent humor, Krish tells stories focused on adapting to life in the US and his experiences with race, religion, culture, and relationships.

As a comedian and writer who regularly performs at comedy clubs, colleges, bars, theaters, and coffee shops across the country, he’s also opened for nationally touring headliners such as Cameron Esposito, Henry Phillips, Dave Coulier, and Dom Irerra).

Krish has been featured in the Arch City Comedy Festival and The Cleveland Comedy, and is a regular contributor to the Indie Bohemian, a radio show which airs on iHeartRadio and affiliates all across the country. He’s also the host, writer and creator of Fork Full of Noodles, a weekly satire web series that focuses on societal and political issues.

Dave Coulter: Hailing from places west, David Coulter is a DC-based comic with a long history of writing (and thinking about) funny things. He's the host of the podcast 'Advice! with Dave & Kat' and the producer of 'Barenaked Comedy' which was a highlighted show in the 2015 Capital Fringe. His comedy comes from personal places, relationships, experiences, and the world around him; Sometimes surrealist, sometimes sincere, you see him perform all over the DC area.

Denise Taylor is a young stand-up comic who performs all over the DC/Md/Va area. She's wanted to be a comedian ever since her fourth grade teacher called her a "ringleader" for distracting the class with jokes. Denise goes to law school now, where teachers are still frustrated with her. She loves two things: satire and attention.